A popular Greek street food business is continuing its rapid expansion by opening its second site in four months as it continues its rapid growth.

Acropolis has opened a site in STACK in Seaburn, the shipping container development which is home to an array of independent retailers.

Its opening on Wearside comes only weeks after it opened the doors to its new base in STACK Newcastle, adding to its existing flagship outlet in the city’s Grainger Market.

The business has built a huge following on the strength of its range of Greek street food, with regular appearances at pop-ups including the Quayside Market and By The River Brew in Newcastle, Jesmond Market and Tynemouth Market helping to grow its reputation.

Now, with three permanent sites in the North East, Acropolis is eyeing even further growth in the near future, buoyed by the significant demand it is seeing from customers across the region.

The business was established by brothers Viktor and Filip Tachan with their friend Yusef Yenil in 2016, and now has a team of people who create its range of dishes – including gyros, souvlaki and mezze, all freshly made to order – for numerous events simultaneously, in addition to operating its static sites.

“We have grown beyond our expectations since we first set up as a pop-up operator and have established a really strong and loyal customer base across the region, which is growing all the time. We are so pleased our Greek street food has been so warmly received,” said the Acropolis team.

“We are really ambitious and always keen to look at the next opportunity, so we are already looking at what comes next for Acropolis and our team.”

Acropolis turned to the specialist real estate team at Sintons for support in acquiring their units in the STACK developments in Newcastle and Seaburn. Partner Tom Wills and solicitor Jay Balmer completed the work on behalf of the business.

“Acropolis has become a staple of the region’s street food scene and has grown significantly in the four years it has been in existence on the strength of its reputation for offering traditional Greek food of the highest quality. The fact it has been able to add two new static sites to its portfolio in a matter of months is testament to the rate it is growing,” said Tom.

“The addition of STACK Seaburn is another bold move by the team, who we know remain ambitious and always on the lookout for the next opportunity. We look forward to continuing to support them.” 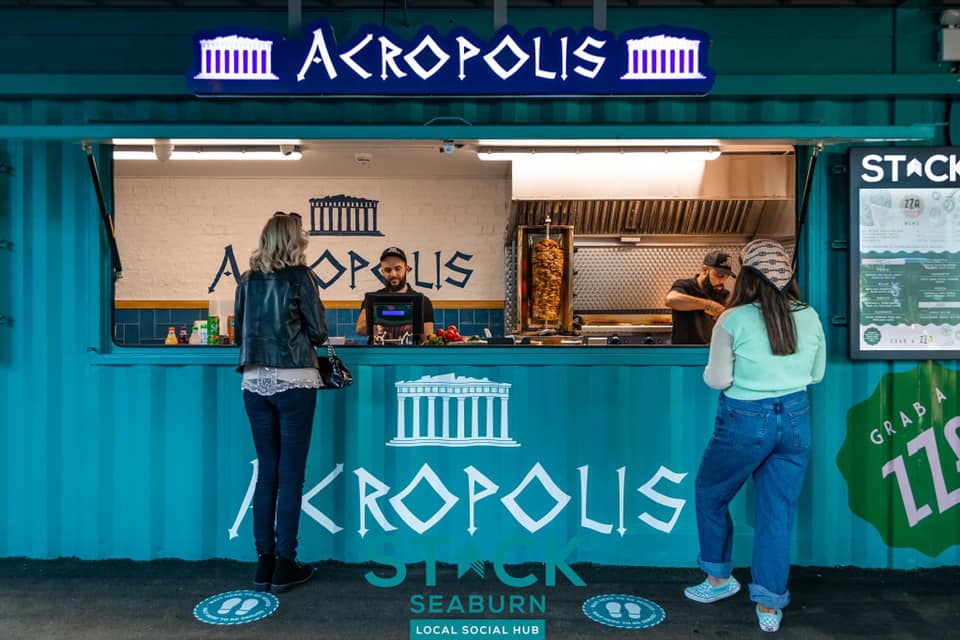