A mother-of-four who sustained serious injuries in a road accident is now enduring the further agony of being parted from her children after insurers continue to fight against paying the funds that would enable her to secure family accommodation.

Geraldine Lawrence suffered spinal injuries in a collision last year, which has left her with a catalogue of ongoing issues and constant pain, which has severely limited her mobility and independence.

In the incident, which happened on the B4034 in Milton Keynes, Mrs Lawrence – who had only recently given birth to her youngest child – was a front seat passenger in a van driven by her brother and was wearing a seatbelt, when it was involved in a collision with two other vehicles.

Because of the injuries she sustained in the crash, which happened in September 2017, 32-year-old Mrs Lawrence and her husband Tommy have been forced to leave the family home in Whitfield Brackley, Northampton, to move to alternative accommodation nearby – although there is no room there for their children.

Due to a wrangle with insurers over liability for the crash, the couple’s four children have had to stay with relatives, meaning they only see their parents for visits – a situation which the Lawrences describe as ‘torture’.

Now, Mr Lawrence – who has been forced to give up work to become his wife’s carer – has slammed the insurers who are denying his wife a proper quality of life and who have separated the couple from their children.

Fighting back tears, he said: “They (the insurers) should hang their heads in shame, this should not happen where a mother cannot see her children through no fault of her own. None of this is her fault but she is being punished. We are living an awful life, my wife is in constant pain and spends most of her days in bed just to help with the agony she is in.

“Our children are living away from us and I cannot possibly describe how difficult that is, especially for my wife who is already suffering so much. It is torture, every day is so, so difficult for us both. This has seriously affected our relationship as husband and wife and has put so much pressure on our family, we just hope and pray this ordeal will end.”

Lawyers for Mrs Lawrence have appealed both to the insurers to “do the right thing” and support the Lawrence family, as well as to anyone who witnessed the collision in September last year, whose evidence could prove critical to a financial settlement being secured.

John Davis, one of the UK’s leading serious injury lawyers and consultant at law firm Sintons, is representing Mrs Lawrence.

He said: “This is a truly upsetting case and a situation like this where parents are separated from their children in this way just should not happen. Geraldine, through no fault of her own, was badly injured in a road accident, but rather than being given the support and compensation she is entitled to, has been denied at every turn. The Lawrences had to uproot from the family home and move into specially-adapted accommodation, which they were forced to finance themselves, and to be separated from their beloved children is utterly dreadful and wholly unacceptable.

“I would appeal to anyone who may have seen this collision to please get in touch – any piece of information they can provide could be the missing piece of the jigsaw we so badly need to secure a settlement for Geraldine. And I will continue to press the insurers on this matter until they do the right thing and agree to support this family in their time of need.”

Geraldine Lawrence was injured in an incident on September 22, 2017, at around midday, on the B4034 Buckingham Road in Milton Keynes, east from its junction with the A421 Standing Way. She was in a white Fiat Ducato van, registration YR64 PBO, which hit an as-yet unidentified red flatbed truck which was making, or about to make, a right-hand turn from the B4034 into a minor road. The rear of the Ducato was then hit by a blue Land Rover Discovery. Neither of the two vehicles have been traced. Anyone who may have witnessed this collision, or can provide any information, is asked to contact John Davis on john.davis@sintons.co.uk. 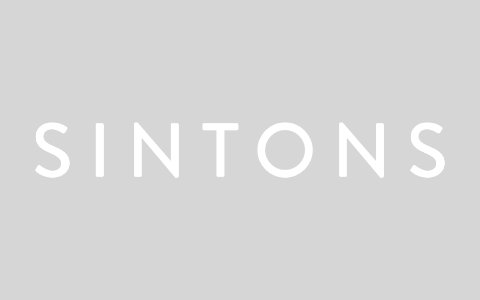