The Norwich Employment Tribunal has held that “ethical veganism” is a philosophical belief and therefore a protected characteristic for the purposes of the Equality Act 2010 (“EqA 2010”).

The Vegan Society defines veganism as “a philosophy and way of living which seeks to exclude, as far as is possible and practicable, all forms of exploitation of, and cruelty to, animals for food, clothing or any other purpose”. Mr Jordi Casamitjana Costa (the “Claimant”) is an ethical vegan, which means he avoids contact with products derived from any form of animal exploitation, as well as following a vegan diet.

The League Against Cruel Sports (the “Respondent”) is an animal welfare charity which campaigns against sports such as fox hunting, dog fighting and many more.

During the Claimant’s employment with the Respondent, he enquired about the Respondent’s pension funds. The Claimant felt as though the funds were invested unethically as money was going to companies which harmed animals. The Claimant believed his colleagues would be of the same opinion and decided to send a number of emails setting out a list of alternative ethical funds, despite being asked not to.

A preliminary hearing was held to determine whether ethical veganism was capable of being protected as a philosophical belief under the EqA 2010.

The EqA 2010 provides a list of characteristics which are afforded protection against discrimination. One of the protected characteristics is ‘religion or belief’. ‘Belief’ means any ‘religious or philosophical belief’. The Employment Appeal Tribunal in the case of Grainger Plc v Nicholson [2010] IRIR 4 (EAT) gave guidance on the definition of philosophical belief which is summarised below:

In a short summary judgment, the Employment Tribunal judge ruled that ethical veganism qualified as philosophical belief under this test and that the Claimant adhered to the belief. The judge is yet to decide the lawfulness of the Claimant’s treatment by the Respondent which will be considered at a separate hearing.

Although the case has drawn much attention from the media, it is important to be mindful of its limitations. It is only a first instance Employment Tribunal finding which means that no binding precedent has been set. Moreover, each case will still need to be considered on its own facts and this doesn’t now mean that all vegans, or all ethical vegans will be protected. under the EqA 2010.

Nevertheless, the case highlights the importance for employers to be aware of the legal test used to consider what will amount to a ‘philosophical belief’ under the EqA 2010. Employers should be mindful of employees who hold beliefs such as ethical veganism and make sure they do not discriminate against employees for their beliefs.

Changes due to take place in April 2020

The Parental Bereavement (Leave and Pay) Act 2018 is expected to come into force in April.

It will give all employed parents the right to 2 weeks’ leave if they lose a child under the age of 18 or suffer a stillbirth after 24 weeks of pregnancy. Parents will also be able to claim statutory bereavement pay for this period, subject to meeting eligibility criteria (which are similar to the eligibility criteria for statutory paternity pay).

Changes to the Information and Consultation of Employees Regulations 2004

From 6th April 2020, there will be a reduction in the percentage of employees required to make a valid request for an agreement on the sharing of information and consultation within the workplace. Currently at least 10% of the workforce must put in a request before an employer is obliged to take steps to comply with this right. This percentage will be reduced to 2%. The requirement that at least 15 employees make the request will remain.

From 6th April 2020, the reference period to calculate a ‘week’s pay’ for holiday pay purposes will be extended from the previous 12 weeks of work to the previous 52 weeks.

Changes to IR35 rules for the private sector

From 6 April 2020 medium and large companies in the private sector that contract with personal service companies (“PSCs”) for the provision of worker’s services are due to have to account for tax and national insurance through PAYE in the same way as the public sector has been required to do since April 2017 (off-payroll working rules). The private sector end clients will be responsible for determining the tax status of contractors who work through PSCs and whether they are therefore caught by the IR35 rules.

The IR35 rules will apply where there would have been an employment relationship between the engaging business and the individual if the individual had engaged directly with the business rather than through a PSC.

Although changes are set to take effect from 6 April, on the 9 January this year the government launched a review into the implementation of these changes. There may therefore still be some changes to be made. The review is due to be complete by mid-February and we will keep you updated.

Despite this, and in anticipation of these changes, it is still essential that medium and large businesses carry out an assessment to determine whether the new rules under IR35 apply to their independent contractors, and review their contracts and pay arrangements. Small businesses will not be caught by the changes. 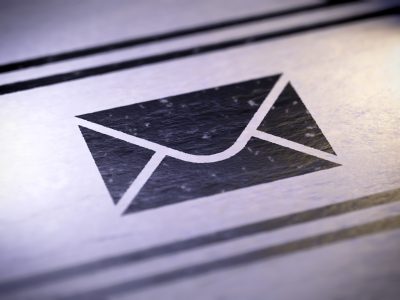