Sintons is aiming for new heights in a charity climbing challenge after achieving its target of scaling the height of Matterhorn in a matter of days.

An eight -strong team from the firm signed up to The Climb, a virtual challenge which encourages people to accrue equivalent climbing heights through exercise, ranging from outdoor walking and running to climbing the stairs.

The challenge, which runs throughout October, raises vital funds for the North of England Children’s Cancer Research Fund (NECCR), which is Sintons’ nominated staff charity.

Sintons signed up to virtually climb the height of Matterhorn, which is 4,478 metres high, with a target of completion by the end of October. However, having achieved the target within the first two weeks of the month, the team are taking things to the next level by aiming for Everest.

David Pritchard, head of marketing at Sintons, who is leading the film’s participation in The Climb, said: “We decided to sign up for Matterhorn as we are mindful that our team have other commitments and wanted to be sure we could achieve the target we set, but to do that within the first few days of the challenge is fantastic. It’s a real team effort, with all eight of us really pulling out the stops to get past the 4,478 metre mark. We are now well on the way to conquering Mount Everest!

“This is a fantastic initiative to be part of and echoes the sentiments we so keenly promote at Sintons about the importance of exercise and wellbeing. All of our team are working hard on behalf of NECCR. We are hugely grateful for the support we have received so far, ranging from generous donations to very kind messages via social media, and thank you to everyone who has taken the time to do so.” 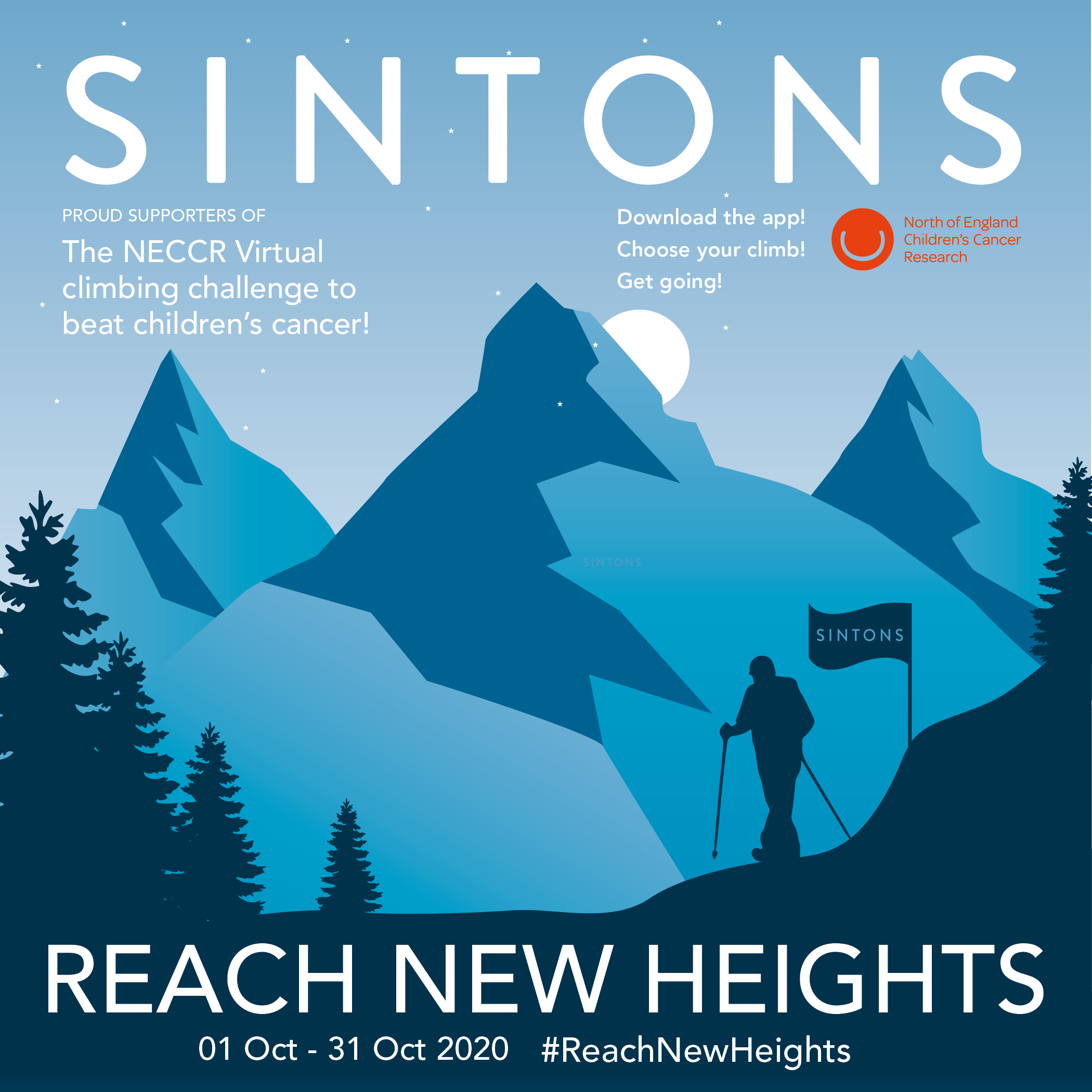