A quiz night held in aid of a charity which supports children and their families following serious injury has raised thousands to help support its vital work.

The event, held by Sintons’ neurotrauma team, was a sell-out occasion with 16 teams in attendance from organisations across the North of England.

A total of £1,443.85 was raised in aid of the Child Brain Injury Trust, a much-loved charity which supports children and young people, alongside their families and loved ones, whose lives have been affected by brain injury.

Sintons has a long history of supporting the charity, and has raised thousands of pounds in aid of its work in the recent past through a series of hugely popular events, including a race night, festive Home Alone screening, and participation in the 25km Peak District Challenge for two consecutive years.

The law firm – whose neurotrauma team is nationally-known for its work, and acts for clients in major cases across the UK – was selected by the Child Brain Injury Trust as its sole legal support service partner in the North East, in recognition of its legal capability and outstanding client service.

John Davis, consultant in Sintons’ neurotrauma team and one of the UK’s leading serious injury lawyers, said: “We have a longstanding relationship with the Child Brain Injury Trust and continue to see the fantastic work they do with young people and their families at what are often hugely difficult and traumatic times, and we are very pleased to continue to support them with our fundraising efforts.

“The quiz night was another excellent occasion, organised superbly by our marketing team, which has raised another huge sum for the Child Brain Injury Trust. We now look to our second Peak District Challenge, which we will take on as a team later this month, and hopefully raise even more vital funds for this fantastic charity.” 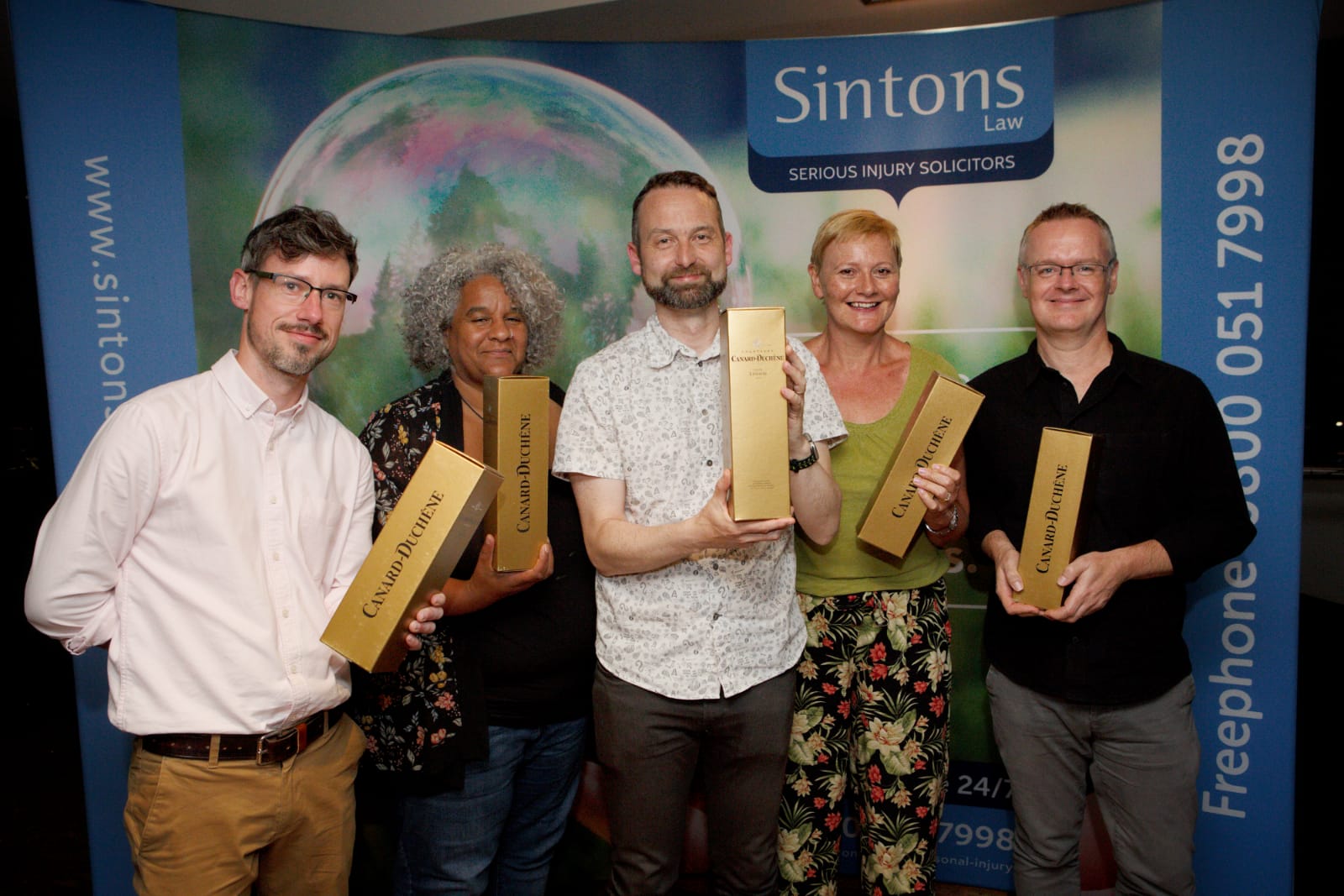