One of oldest buildings in Newcastle becomes an events venue

One of Newcastle’s most historic buildings, which dates back to the 1200s and forms part of the City Walls, is being converted into an exclusive event venue.

Sallyport Tower, a Grade I listed ancient monument, has been derelict for a number of years, but is now receiving significant investment to create a unique venue space, available to hire for weddings and corporate events.

The historic venue – built between 1265 and 1307 – has been named ‘The Secret Tower’ due to its little-known status as one of Newcastle’s historical hidden gems, but hopes are high it will now build a reputation as one of the city’s most prestigious and sought-after event venues.

Renowned photographer Kevin Radcliffe is behind the renovation, after taking on the building last year. Kevin, whose work is sold in Selfridges, Fenwick’s and The Conran Shop, has relocated his Radcliffe Gallery photography business from Jesmond into Sallyport Tower.

The venue will be used for gallery space and photography shoots between event bookings, which are being taken now for September onwards. It is also set to be opened to the public twice a year for the city’s Heritage Open Days, as well as for some exhibitions.

Kevin Radcliffe said: “I was looking for a city centre venue and came across here quite by accident. We have called it ‘The Secret Tower’ because for all its history and the fact it is in the city centre and is clearly visible from the Tyne Bridge and across the river, very few people know it is here. It is such an amazing part of the city’s heritage and it’s a real privilege for us to transform it into what will be a stunning venue for any event.

“We hope to be ready for the end of August and are taking event bookings now for September onwards. We can offer modern beauty with all the facilities you need for an event against the backdrop of one of the oldest and most prestigious buildings in central Newcastle, which is an offering you really can’t get elsewhere.

“While it’s now starting to look fantastic, the worry about starting this project was that it would take forever to make it into what we wanted, and we didn’t know how to go about it with it being a Grade I listed ancient monument, but we have been delighted with the support we’ve received. The council have been fantastic throughout and Sarah Smith at Sintons has made everything so straightforward, finding us solutions where we thought there may not be any.”

Sarah Smith, Partner and Head of Licensing at Sintons, who has handled the licensing of the venue, said: “This is a truly unique venue. Not only is it steeped in history, but the care and attention that Kevin is investing in the renovation will ensure this is one of the most stunning event locations in central Newcastle and well beyond. This is a real hidden gem in Newcastle’s heritage which is being brought back into use as an event space, and I am certain demand will far exceed availability.” 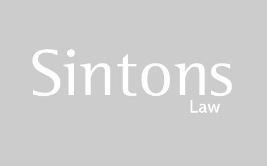